Here are your winners for the 2nd Annual Beerbohm Awards 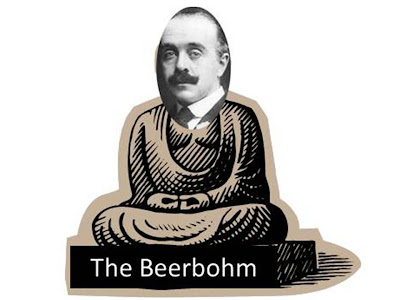 The Beerbohm Awards are sort of Oscars for movie trailers. In the 2 or so minutes it takes to watch a trailer, a major decision is made. The decision whether or not to see a film and to, really, support the work of the film making team. This puts much weight on the trailer.

For 19 months I've been reviewing movie trailers. Actually, I'd been reviewing them from the very first one that I saw, but only verbally.  A little more than 19 months ago while watching a film at home, the wife became annoyed with my verbal trailer reviews and finally said, "enough! What are you a movie trailer critic?"

Hmm, I thought.  "Movie trailer critic? Not a bad idea."  Judging a book by its cover, only judging a film by its trailer... Thus, Beerbohmtastic was born.

For the 2nd Annual Beerbohm Awards I've dropped the Best Music in a trailer award because not much jumped out at me this year.  I've also dropped worst spoiler trailer because there were just too many.  Worst Trailer now covers that.  Instead I've added two new categories:  Best Independent Trailer and Best Documentary Trailer.  As the Awards evolve the categories will be refined.

I'd like to thank those who sent in nominations, and thanks also to those who send in insults, comments and suggestions. And thank you to all who read the blog. I very much appreciate you taking the time to pop in for a quick review and, hopefully, some amusement.  That said, I have the utmost respect for film makers, especially the independent ones.  I've come to the realization that creating the perfect movie trailer is also an art.  So, while this blog began and sometimes continues to be a tongue-in-cheek forum, my love and appreciation for the art of film making has grown exponentially.

And like the saying goes, "those you can't create are often keen to criticize."

The winners are selected by a panel (the wife) and viewer comments and suggestions. The only criteria is that I had to have viewed and/or reviewed the trailer.  The blurbs below the award are excerpts from my original trailer review.

So, without further doo doo (thanks Cap'n'Dave), here are the winners of the 2nd Annual Beerbohm Awards for Movie Trailers:

BEST DOCUMENTARY
The Best Documentary Award is given to the documentary trailer that stirred thought and emotion while generating interest.

Everyday Sunshine: The Story of Fishbone 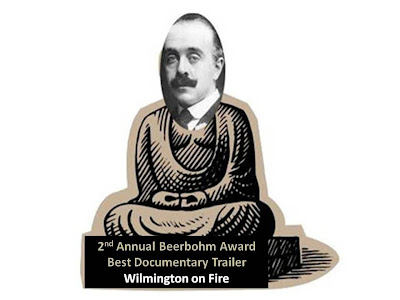 "The teaser trailer is narrated in the form of a poem.  It is interspersed with what looks like actual photographs.  The spoken word and the images were very powerful.  They pull you into a world and a time of anger, hate and injustice.  They take you by the hand and the heart and show you that the words of Thomas Jefferson, that the Declaration of Independence, The Constitution and even the teachings of the church sometimes fall on deaf ears when fear and ignorance take the lead."
http://vimeo.com/33422710


BEST INDEPENDENT TRAILER
The Best Independent Trailer Award is given to the independent trailer that stood out as original, or refreshing, or interesting (to me).  There were many very good candidates for this award, but these four were stand-outs.

Through the Looking Glass


And the winner is: 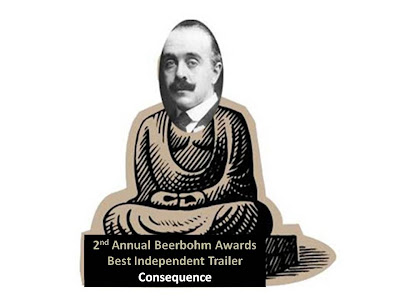 Consequence
"The trailer for Consequence was beautifully shot and brilliantly communicated. It not only teases and entertains, but makes one think.  This is pretty powerful stuff. "   Consequence literally had us at "hello."
http://vimeo.com/46172741

The Best Trailer Award is given to the trailer which truly teases, entertains and leaves the viewer wanting more.

The nominees for best trailer are: 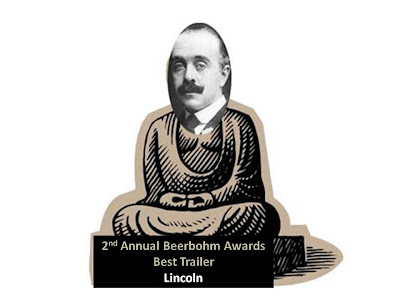 Lincoln
"The trailer for Lincoln had so much going for it.  You know Spielberg is a master. Daniel Day Lewis and the rest of the cast are great. And, Abe's story and the impact he had on America and the world are inspiring. Maybe the release of this film is timely, historically speaking.  Maybe I'm being a sentimental sap right now, even though the wife says I have no feelings, but I was moved by this trailer and am eager to see this film..."

The Worst Trailer Award is given to the trailer that left the viewer (me) annoyed.

The nominees for worst trailer are, and I could have added so many more: 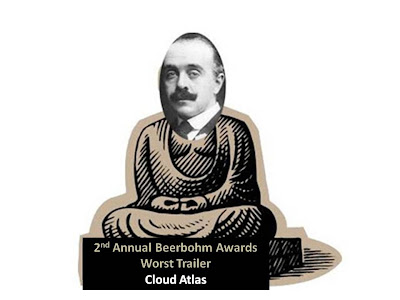 Cloud Atlas
This was, hands down, the unanimous choice largely due to both trailer's annoying
assault on the viewer with new-age clichés

"The [Trailers] told me that all of our lives are inter-connected and everything affects everything else and past lives and future lives are connected and maybe inter-twined and love is eternal and love is fleeting and maybe the future is the past and the past is the present and the present is the future....  and added that our spirits/souls may or may not live forever and naturally seek out the one true love lifetime after lifetime as we live, die and are born again to be touched or not touched by the actions of our previous lives because an action, great or small, can affect more than one lifetime... So, presently, I have no idea what the movie is really about."

The Most Misleading Trailer goes to the trailer that  misrepresented
the film. It applies to either a good trailer for a bad film or
bad trailer for a good film.

The nominees for the most misleading trailer are:

The Cabin in the Woods

Jeff Who Lives at Home 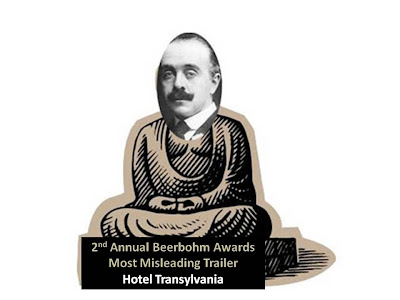 This Beerbohm goes to a good trailer for a bad film.

Trailer Review:
"The wife had been bugging me for a week to go and see the this film and I kept refusing. She finally convinced me to watch the trailer.  I'm glad I did...  And the wife is happy.  Everybody wins, unless it's crap.  Stay tuned.

Actual Review
"Hotel Transylvania was crap. Great cast was wasted... you know how some movies made for kids have elements adults can appreciate?  This isn't one of them. The wife said it was a boring movie with a weak story.  She's so diplomatic."

BEST LINE(S) IN A TRAILER

Django Unchained:
"kill white people... What's not to like?"
Spoken by Jamie Foxx as Django

Seven Psychopaths:
Gunman: Put your hands up!
Christoper Walken: No. 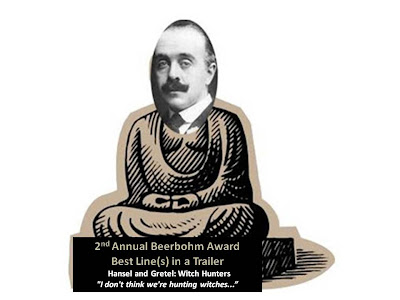 While I didn't get around to posting my review for this one,
the panel found the line hilarious given the title of the film.


Congratulations to all winners and nominees.

Thanks for reading and for your continued support!

Posted by Beerbohmtastic at Wednesday, March 06, 2013