The Autumn months are usually the prep months for the annual Beerbohm Awards.  I spend some time viewing reviewing potential nominees for the various categories.

In the Autumn months of 2013, there were no reviews, though I was dragged by the wife to see a half dozen movies and, of course, Canadian, American and U.K. Netflix continue to provide non-reviewed entertainment.

What can I say... life sometimes gets in the way of more selfish pursuits. I guess that's the way it should be.

That said, the 2014 Beerbohm Awards will be slightly different from the previous two years.  While I do review trailers of films that are nominated for Oscars, this year's Beerbohm Awards will follow the Oscar format for only the following categories (sorry fans, both of you):

Best Actor in a Trailer

Best Actress in a Trailer

Best Supporting Actor in a Trailer

Best Supporting Actress in a Trailer


If I receive submissions (so please send links to your trailers either email or twitter @beerbohmtastic) I will try to include:


Next year I hope to return to the previous year's format - unless this format is preferred...

More details below the impressive hardware... 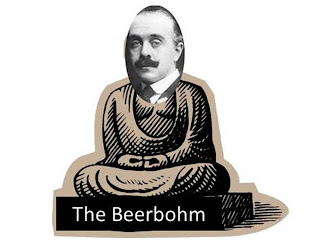 As always, your nominations before January 31, 2013 are welcome.

Thank you for reading and following and sending stuff and for loving movies (and trailers) as much as I do.